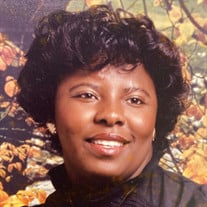 You can show your support by sending flowers directly to the family by contacting Debbie's Flowers 870.633.2225 or by visiting www.etsy.com/shop/ShopYABAS Sheila Funicello Johnson was born May 10, 1964 in Forrest City, AR to Antionette Breathitt... View Obituary & Service Information

The family of Mrs. Sheila F. Whitley Johnson created this Life Tributes page to make it easy to share your memories.